Ade Bantu has a message: the revolution is now. The frontman of Brotherhood Alliance Navigating Towards Unity (BANTU) strives to empower young activists, encourage dialogue, and fuel the soundtrack of the resistance against injustice and corruption in Nigeria. 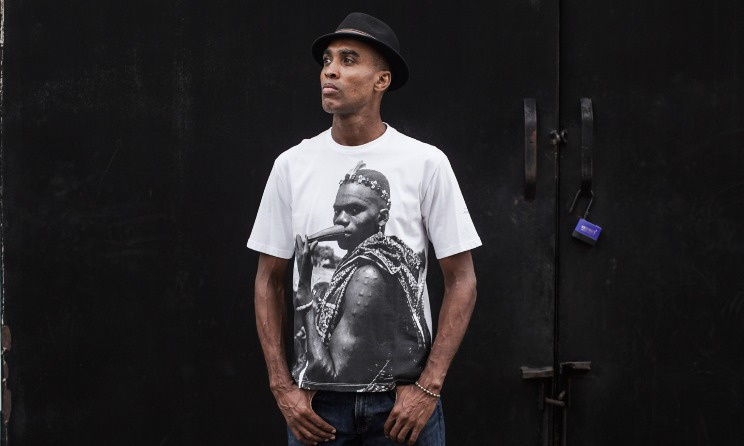 Following the band’s power-packed, call-to-action single ‘Disrupt the Programme’, which was released in April, BANTU hits even harder with yet another musical tour de force, ‘Animal Carnival’, which dropped on 29 May.

‘Animal Carnival’ is an anti-corruption song that demands government transparency and accountability. Bantu wonders how one can make sense of the outlandish and insane realities of Nigerian politics, where kleptocracy has reached staggering new heights, with missing funds being attributed to devious acts of the supernatural.

Music In Africa had the opportunity to speak to Ade Bantu about his recent releases, music and activism, and Nigeria’s socio-political realities.

MUSIC IN AFRICA: Your latest song ‘Animal Carnival’ paints a horrific picture of the state of corruption in Nigeria. How have Nigerians reacted to the plundering of public funds?

ADE BANTU: There was no public pressure. Yes, there was an uproar on social media, comedians cracked jokes, the government set up panels with all the fanfare, but after a few weeks everyone moved on to the next trending topic.

What does it mean when a society laughs and makes jokes about its problems?

While I understand that humour can be therapeutic, I sometimes wish we would channel our anger towards the government by marching and protesting in the streets instead of sharing memes and ranting on social media. Governments have bullied most people on the continent into total submission; we have given up on the possibilities of change and accountability. Those in power know this, and so they exploit our fears and resignation. The only way forward is to organise and confront the oppressor as our brothers and sisters have done in Sudan, Algeria, South Africa and in other places.

Corruption is something you have always detested in you your songs. What would you say is the best way to deal with it?

The best way to end corruption is to overhaul our entire political system from top to bottom. We need to strengthen and reorganise trade and student unions, focus more on grassroots movements, empower women – similar to what is being done in Rwanda. Our government acts with impunity because we have weak and corruptible institutions. There are no checks and balances.

What about the opposition leaders – are they not supposed to keep the government and its institution in check? Has their role evolved over the years?

Credible opposition groups are almost non-existent in African politics. Most so-called opposition leaders have been compromised. They are just as corrupt as those in power. The few exceptions – those that walk the talk – are continually harassed and their party leaders and members are jailed under draconian laws and even labelled as terrorists. In Nigeria a presidential candidate, Omoyele Sowore, is currently facing treason charges for calling for a people’s revolution and peaceful protest. Authoritarianism is once again on the rise in Africa, ex-military men like Egypt’s el-Sisi and Nigeria’s Buhari are ruling with an iron fist and crushing any form of dissent.

Multiparty democracy and its associated principles were expected to produce visionary and practical leaders, but this is rarely the case in Africa. There may be new faces in government, but the status quo remains. Why?

In Nigeria, politics is big money. Our legislators are among the highest paid in the world – in a country where 50% of the population lives on less than $1 a day. The main preoccupation of our officeholders is to enrich themselves and maybe pay back their debt to their godfathers or sponsors. Their allegiances are to the highest bidder. They all stand for nothing. Most of our so-called leaders lack imagination. Their ideas and ideologies are borrowed and outdated, and unfit for the complex realities in which we live.

Is it worrisome to be so overtly controversial, keeping in mind that some of your colleagues have been jailed for doing the same?

I don’t court controversy. For me, it is important to document the realities of my environment through my music. I cannot close my eyes to the pains and sufferings of my people. It’s just not me. I wasn’t raised to look away and keep my mouth shut. Nigeria is a complex country with a very violent history. We all carry the scars of brutal military dictatorships, a civil war that was swept under the carpet and a succession of civilian rulers who have plundered us dry. Finding the courage to speak is not easy for most, but we have no choice, or else the vicious cycle of terror will never end.

What made you take this direction in your art?

It wasn’t a conscious decision, it was a natural evolution. Growing up, I was strongly impacted by music with a message. Folks like Peter Tosh, Coltrane, Public Enemy, Fela, Gil Scott Heron and countless others shaped my perception of justice and the world around me.

Do you think that all artists have a responsibility to make a stand, or is it down to personal conviction?

I believe there are specific responsibilities that come with being an artist. If you have people looking up to you and identify with your music, then why not use it for the greater good of humanity? It is a copout to say because you are a pop artist, you can’t be opinionated or take a political stand.

What other causes do you feel about strongly?

You started as a member of a hip hop group. Was it a big change to make Afrobeat?

My musical identity is fluid. I refuse to be put in a box. I’m not too fond of labels. Yes, my foray into music started with a hip hop band in Germany, but we were always different. We fused jazz, highlife and Afrobeat with hip hop. I guess where I am now in 2020 is just a natural progression of things. I like working in collectives. I enjoy sharing and learning from others, so being in a 13-piece band is perfect for my temperament.

You worked closely with the late Afrobeat drummer Tony Allen, especially during the production of Agberos International album. How do you choose to remember him?

Tony Allen was an exceptional human being. So full of life and ego-free. He was exceptional and always open to new musical experiences. He was fearless.

What are you working on at the moment?

We just rounded up production on a new BANTU album titled Everybody Get Agenda. It’s slated for a September release. Aside from that, I am also working on Afropolitan Vibes and a few other projects.

Contents on this website are copyright protected. If you will like to use any of the materials contained in our web pages, please contact us via - info@culturedispatch.org